Picasso/ Braque 1989 created for the exhibition Our Literal Speed is a wall that is a sculpture that is a stage. As a wall it measures 12 feet high and the particular measurement is designed to reference the infamous Berlin Wall that came down in 1989. As a sculpture it brings together a kind of minimalist MOMA-inspired aesthetic along with the DIY aesthetic of Utopia Station from 2003. As it turned out, in 1989 a conference was convened at MOMA around the exhibition Picasso and Braque: Pioneering Cubism on the same day that the Berlin wall came down. 2003 and 1989 then act as two temporal bookends that bracket a neo-conservative moment from Francis Fukuyama's "End of History" to the invasion of Iraq in 2003. On the MOMA side of the wall a video is projected of a "theory installation" by the German performance group the Jackson Pollock Bar in which the actors lip synch an apparently "real" discussion from the 1989 MOMA symposium. The red banner is a re-creation/English translation of Slogan-1977, a work by the Moscow conceptualist art group Collective Actions. 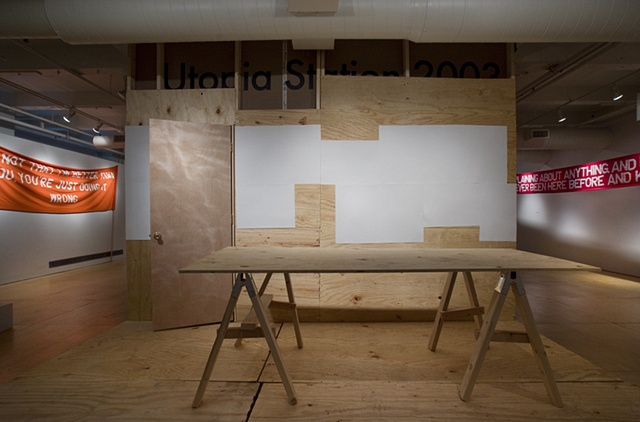 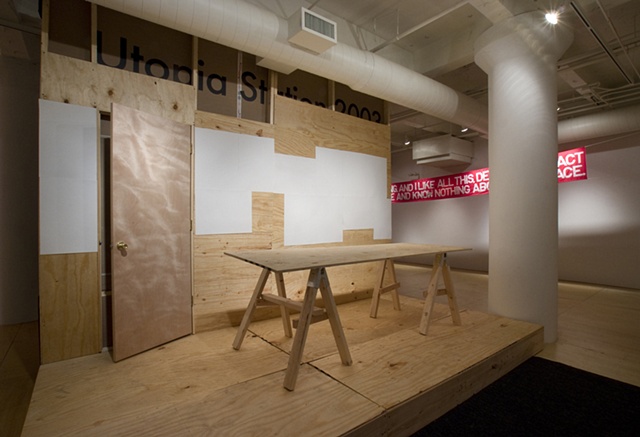 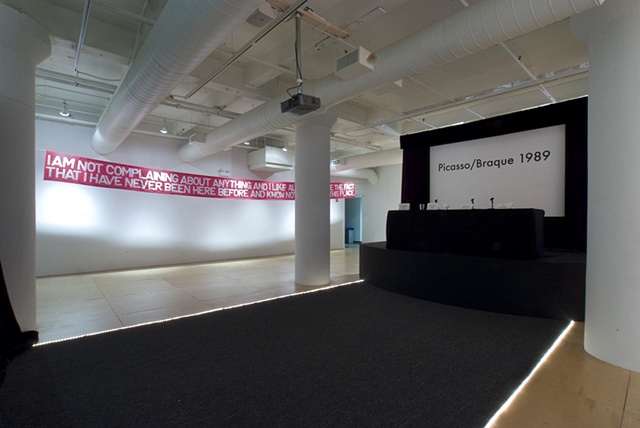 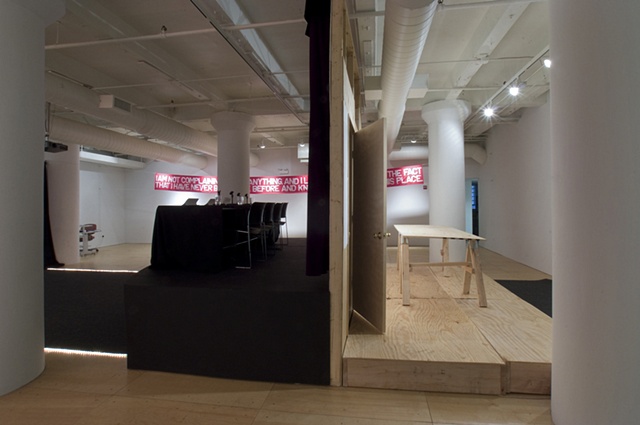 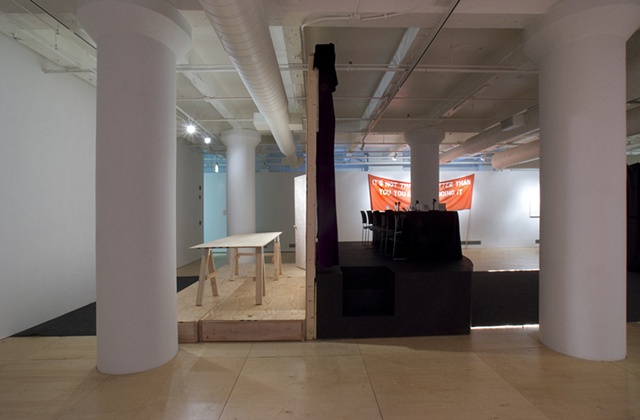 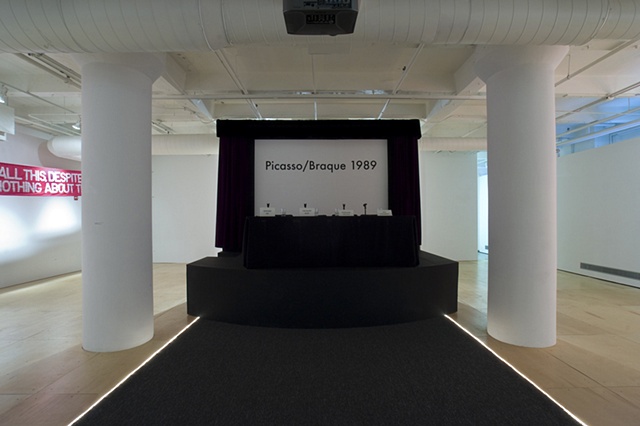 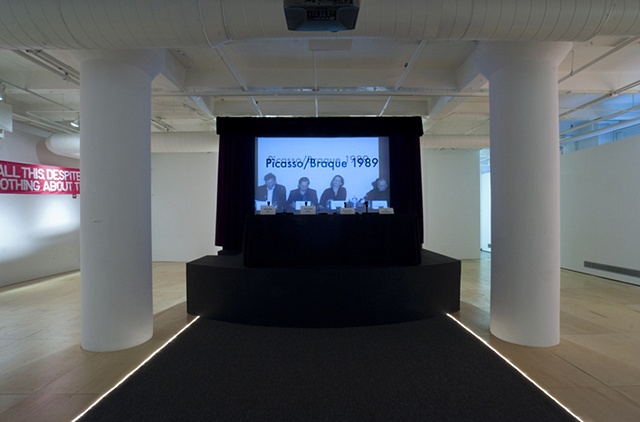 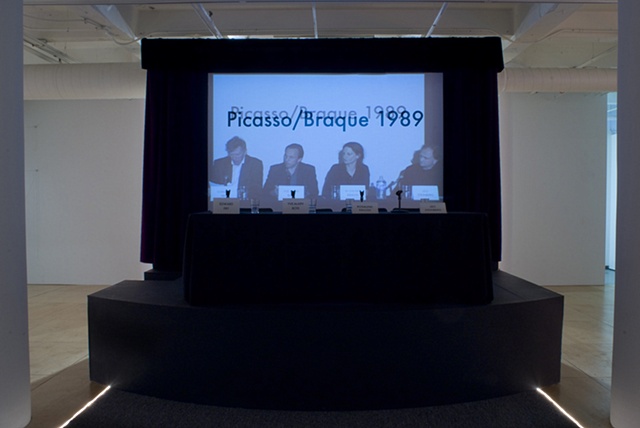